The Jews in Albania 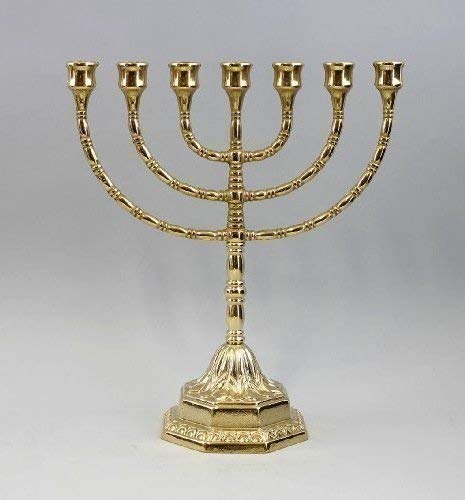 How did Albanians save Jews?

The Jews in Albania


The first reports of Jews residing in Albania date back to 70 AD, the Jews arrived for the first time by sea on the southern coast of Albania, finding refuge here, it seems like prisoners who escaped from the  Roman gallee from a ship carrying Jewish hostages for the Roman emperor Tito was shipwrecked on the Ionian coast near Saranda.
The first Albanian synagogue seems to have been founded in the fourth or fifth century, in the city of Onchesmos, today's Saranda. This is reflected in the sixth century. The Onchesmos Synagogue was supplanted by a Christian church in the sixth century. However little is known of the Jewish community until the fifteenth century.In the 12th century, Benjamin of Tudela visited the area and recorded that there were Jews. The earliest records of living Jews in Albania date back to the 12th century AD. There were Jewish settlements in most of the major cities of Albania such as Berat, Corizza, Elbasan, Valona, Durazzo, Dibra.
These Jewish families were mainly of Sephardic origin and descendants of the Spanish and Portuguese Jews expelled from Iberia at the end of the fifteenth century following the edict of Alhambra (1492) during the Spanish investigation. In 1520 in Valona there were 609 families of Jews and in the same city was also the first synagogue of Albania, destroyed later during the First World War.
The Jewish community in Albania has also been enriched by the arrival of Jews from Italy, particularly from Puglia. According to the Albanian census of 1930, there were only 204 Jews registered at that time in Albania on a population of 803 thousand. Only  in 1938 ,in Albania were officially  registered  about 300 Albanian Jews and perhaps 100 foreign Jews. With the advent of Nazi Germany, a number of German and Austrian Jews took refuge in Albania. Again in 1938 the Albanian embassy in Berlin continued to issue visas to the Jews, at a time when no other European country was willing to take them. After Hitler's rise to power, however, they sought refuge from 600 to 800 Jews from Germany, Austria, Serbia, Yugoslavia and Greece, who hoped to be able to embark on Israel  or the Americas from there. Fascist Italy occupied Albania in 1939. Rome exported at least part of its anti-Jewish legislation to Tirana. Rome was conducting  an anti-Semitic policy contrary to the killing of the Jews, but it was oscillating in relation to the requests for collaboration from Berlin. Benito Mussolini gave his permission for the delivery of the Croatian Jews present in occupied Dalmatia to the Germans; however, some Italian diplomatic and military authorities hindered that project, and in the following months no Jews were handed over to the Nazis or the ustascia. The only arrests were carried out in Kosovo then annexed to Albania in Prishitina by the SS Skanderbeg division formed mainly by Albanian and Kosovar volunteers, under the direct orders of the German authorities, without the involvement of the Tirana authorities. In Albania, in spite of the imposed racial laws, many Albanian citizens offered false identities to the Jews to be Albanians. A particular recognition is rightly attributed to King Zog in the years of his presence as King of Albania. Most were hidden in homes and private homes, most of them disguised as Albanian farmers. The Albanians were mainly Muslims and the rest of the population was Catholic and Orthodox. It is right to underline that the Jews who were saved in Albania were not only by the Muslim Albanians but also by the Christian Albanians and by a number of Albanians who were skeptical of religion. An important role was played also by the Albanian customary legal code, known as “Kanun”, who asks for hospitality according to this code is appealed to the ”Besa”  of the landlord, or his honor personal, and it is therefore mandatory duty of the latter and his family to defend the life of the guest.In the period of the communist dictatorship of Hoxha he banished all forms of religion in order to forge a sustainable national unity and new socialism. He destroyed most of the religion structures of every confession, he interned in concentration camps many religious in which some found death there.After the fall of communism in 1991, almost all the Albanian Jews emigrated. They started mainly for economic reasons and not because of anti-Semitism, in fact about 300 Albanian Jews immigrated to Israel (mostly settled in Ashdod and Karmiel) and another thirty thirty moved to the United States. Only a dozen Jews chose to stay in Albania. Nowadays, more than 160 Jews live in Albania, most in the capital Tirana.In December 2010 a new synagogue was established in Tirana known as "Hechal Shlomo" which started providing services for the Jewish community. Another synagogue is present in a Vlorë (Valona), but now not in use. Also in December 2010, Rabbi Joel Kaplan was authorized as the first Chief Rabbi of Albania by Prime Minister Sali Berisha. A Jewish community center called "Moshe Rabbenu" was also inaugurated in Tirana, in total disagreement with the Jewish community that denies Kaplan's chief rabbi status.

Few people know that Albert Einstein went to Albania where he lived for a few months.Documents and testimonies ascertain the presence of the illustrious scientist in Albania, for example when he went to the Bank of Albania in Tirana on April 9, 1931 to carry out some banking transactions with Germany. According to official data, Einstein's German passport had been seized by the Gestapo but he went to America twice in 1931 and in 1932 thanks to the only passport that was available at that time, the Albanian one. In April 1931 with Albert Einstein, thanks to the direct interest of King Zog I, the municipality of Pogradec  issues the certificate and the certificate of residence in the Burima district of Pogradec.
Albert Einstein  during his stay in Albania was also received by King Zog I.