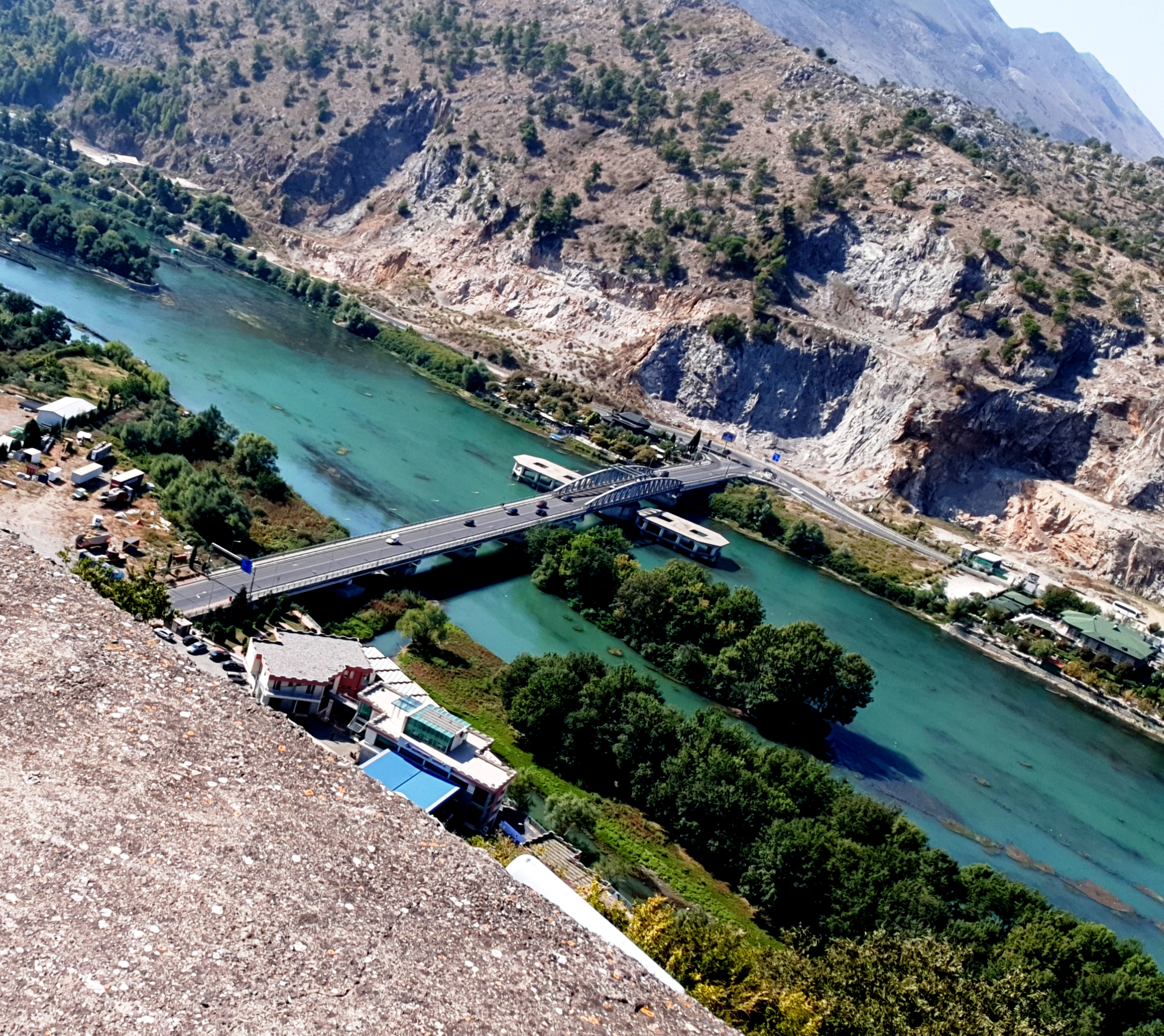 Welcome in Abania, a little pearl hided in the Southeastern Europe on the Adriatic and Ionian sea.

Welcome in Abania, a little pearl hided in the Southeastern Europe on the Adriatic and Ionian sea. This is a special tour that leads to discovering the true reality this country (which is very different from the one reported by the media) and of this people, the Albanian, politically divided in several states (Albania, Kosovo, Macedonia and Montenegro), but united by common ethnic origin, language, history, culture and traditions, although with obvious and special divergences.
We will travel from the capital of Albania ,Tirana (real western metropolis of over one million and two hundred thousand inhabitants), to Gjirokaster- the “Stone City” , we will visit Apollonia – an Illyrian city on the ancient Via Egnatia, the Monastery of Ardenica– Orthodox monastic complex still in use built in 1282, Durres-the second city in Albania for its importance, Kruja-the Skanderbeg’s city, Berat-city of thousand one windows and we’ll reach the northern part of Albania, Shkoder-albanian’s cradle of culture.

1 Day –– Arrival at the International Airport of Tirana “Mother Teresa” in late morning, transfer and the accommodation at the hotel in Durres (Albania’s second most important city).

- 12:30-Lunch in restaurant with Italian menu.
- 14:00-Visit of Durres, Albania’s second largest city (about 220,000 inhabitants) is home to the country’s most important port, an obligatory transit point for various cities in Albania. Durrës founded by the Illyrians in the XIII century BC, is obtained thanks to the tribe of the Taulants in the 9th century BC that made it the capital, it became an important Roman port (from the Romans it had still come as “Tavern of the Adriatik”) an interesting amphitheater of the time (the largest of the Balkans), in this period of greatest splendor of the city thanks to the “Via Egnatia” that connected the Adriatic with Constantinople became a strategic transit point for merchants and goods.visit of the Archaeological Museum of Durres, visit of the of the amphitheater from the Roman era, as well as the historical sites of the city (the remains of the Roman forum, the Venetian tower, the Ottoman walls, Terms etc …) a visit of the modern city (the City Hall Square, the Promenade, the Boulevard) time available allowing.
- Dinner and accommodation in 4* hotel at Durres.

2 Day – Visit of the Capital Tirana.

- 8:00-Breakfast in hotel.
- 9:00-Travel to Tirana (Tirana, the capital of Albania, has almost a million inhabitants, so it is one third of the entire Albanian population.City of business, the western city for the quality of life and the lifestyle of the inhabitants of Tirana. The night life in fact is that of any other European city very different from all other Albanian cities, here it is commonly spoken Italian and especially English) and visit the Skanderbeg Square, the national hero which in the 15th century fought successfully the Ottomans for over 25 years, the Mosque of Ethem Bey, the Clock Tower, the National Museum full of ancient relics from the Stone Age to the Middle Ages and the Orthodox Cathedral , built from few years to replace the old one who was ruined during the laic campaign in the communism time.
Walk in Taiwan park and in the Boulevard of Deshmoret e Kombit (Pyramid of Enver Hoxha, Palace of Government)
- 13:00 Lunch in restaurant in Tirana.
- 14:30 Visit of the Mondial Center of Sufi-Bektash religion ( which is located northeast of Tirana, and has a large and remarkable teqe with an eye-catching museum in the basement and a small gift shop where visitors can buy various Bektashi souvenirs. The teqe is adorned from the top of marble mosaics in a stunning variety of colors and motifs. Bektashi Order is a sect of dervishes that blends elements of thought predominantly Shia and Sufi into a single blend of Islamic faith and philosophy. Biting quickly by the Ottoman authorities in 1862, the Bektashi order re-emerged late in the nineteenth century only to be outlawed by Mustafa Kemal Atatürk immediately after the foundation of the Turkish Republic in 1923, an event that caused the movement of the quartier general in Albania in 1925. The final restoration of the religious complex was completed on September 8, 2015, in the presence of leaders of all Albanian religious communities and representatives of Islamic communities from any other place in the Balkans, Europe and beyond).
- 16:30-Return to Durres.
Dinner in hotel at Durres.

7:30-Breakfast in hotel.
8:30-Travel to Shkoder (Shkoder is the biggest city in the northern Albania and is in fact considered “the cradle of the culture”).
11:30-Visit the castle of Rozafa (which has a legend – to built this castle was needed the sacrifice of a human body and that was a young lady – mother of a newborn).
13:00-Time for lunch in a traditional Albanian restaurant in Shkoder .
14:30-Visit of the city center, where you can admire different ages who take a walk in it; we will visit the Catholic Cathedral St. Stephen (is dedicated to Saint Stephen, the first Martyr, the same Patient of the existing church in the Rozafa Castle, the remnants of which still exist). Then we will visit the Marubi National Photo Library (Photo Studio “Marubbi” was founded in 1856 in Shkodra by the painter, sculptor and architect Pietro Marubbi. The Marubi National Photo Library was created in 1970 after the donation made Gegë Marubi his personal three-generation archive, with about 150,000 negatives, to the state. In this archive are negative of all formats, from 30 cm x 40 cm to 6 cm x 9 cm on glass tiles from 1858 to 1959. This is one of the wealthiest archives of the Balkans.)
16:00-Return to Durres.
Dinner in hotel.

8:00-Breakfast in hotel.
9:00-Travel to Berat.
Arrival to Berat at 10:30. Visit of Berat city: the city is part of World Heritage of Humanity with a special status of UNESCO. It is located in the centre of Albania and is characterized by the architectural style set of buildings located mostly on the mountain slope.In this city there are as many as 42 churches, many of which from the 4th-5th century of which few have maintained the original tracks.
Visit to the ancient and historical part of the city the castle of Berat and the Onufri Museum, housed in the “Dormition of the Virgin Mary ancient Orthodox Cathedral”, visit of the Ethnography museum of Berat the old part of the city, Mangalem and Gorica.
14:30-Time for lunch in Berat.
16:00-Return to Durres.
Dinner and accommodation in 4* hotel.

8:30-Breakfast in hotel.
9:30– Travel to Kruja.Visit of Skanderbeg’s city –Kruja ,located on the side of a mountain, Kruja in Albanian is the most important city of the Albanian resistance that under the leadership of Gjergj Kastrioti “Scanderbeg” in the 15th century successfully fought the Ottomans for over 25 years.
Visit the castle with shopping in the beautiful old bazaar.
Climb up to the tower from where you can admire a beautiful view of Kruja and its surroundings. Kruja Castle was built in the 4th century AD. on the remains of a previous Illyrian settlement of the 3rd century BC.
Visit of the castle of Skanderbeg –George Castriot (Albanian: Gjergj Kastrioti, known as Skanderbeg (Albanian: Skënderbej or Skënderbeu from Ottoman Turkish: Iskender Beg), was an Albanian nobleman and military commander, who served the Ottoman Empire in 1423–43, the Republic of Venice in 1443–47, and lastly the Kingdom of Naples until his death.
After leaving Ottoman service, he led a rebellion against the Ottoman Empire in what is today Albania and Macedonia.
Skanderbeg always signed himself as Latin: Dominus Albaniae (“Lord of Albania”), and claimed no other titles but that in documents.
12:30-Time for lunch in Kruja.
After lunch free time for walking/shooping in Kruja’s old bazaar.
16:00-Travel to Durres.
20:00– Dinner and accommodation in 4* hotel at Durres.

7:00-Breakfast in hotel.
8:00-Travel to Gjirokaster.
11:30–Arrive to Gjirokaster–The city who appears in the historical record dating back in 1336 by its Greek name, Αργυρ?καστρο – Argyrokastro, as part of the Byzantine Empire.
It became part of the Orthodox Christian diocese of Dryinoupolis and Argyrokastro after the destruction of nearby Adrianoupolis.
Gjirokastër later was contested between the Despotate of Epirus and the Albanian clan of John Zenevisi before falling under Ottoman rule for the next five centuries (1417–1913). Throughout the Ottoman era Gjirokastër was officially known in Ottoman Turkish as Ergiri and also Ergiri Kasri. During the Ottoman period conversions to Islam and an influx of Muslim converts from the surrounding countryside made Gjirokastër go from being an overwhelmingly Christian city in the 16th century into one with a large Muslim population by the early 19th century.
We will visit the Castle of Gjirokaster and the city which is part of World Heritage of Humanity with a special status of UNESCO.
14:00-Lunch in restaurant in Gjirokaster.
15:30-Departure to Vlore.
17:30-18:00 Arrive to Vlore , accommodation in 4* hotel.
20:00-Dinner in restaurant.

7 Day – Visit of Vlora city, Monastery of Ardenica and Apollonia.

End of the service.

THE QUOTES DO NOT INCLUDE

-Drinks at meals (except those mentioned in “the quotes include”).
-Extra personal and anything not expressly indicated under “the feeIt includes “.
-Medical insurance – (Obligatory).
-Extra transportation in archaeological sites.
-Single room.
-Visa and costumes permits. 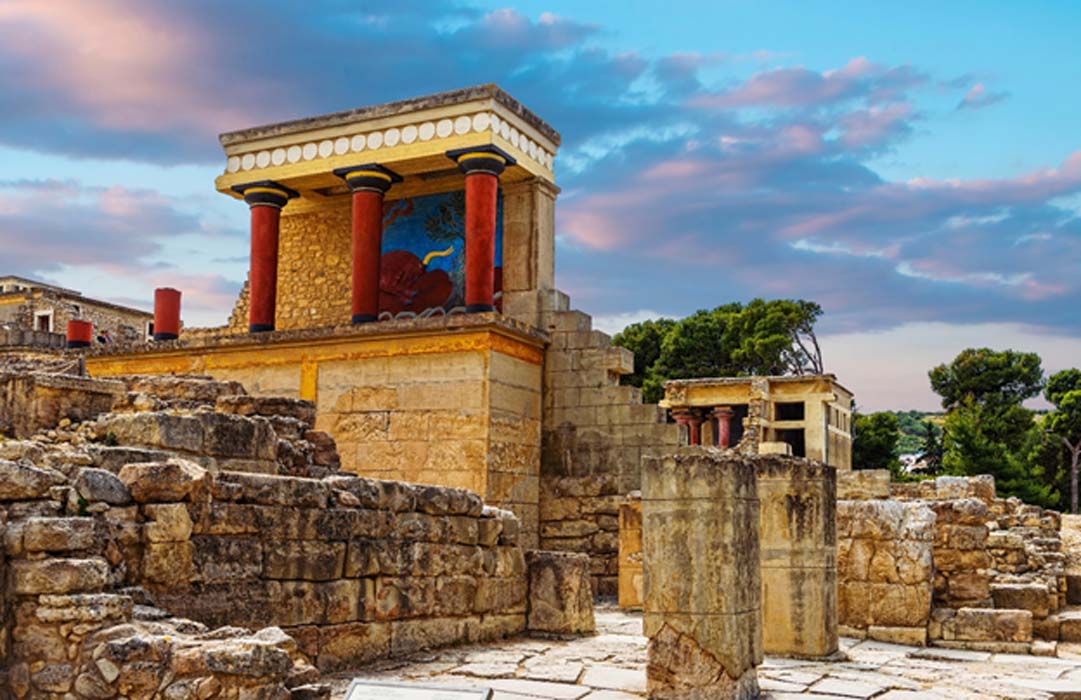 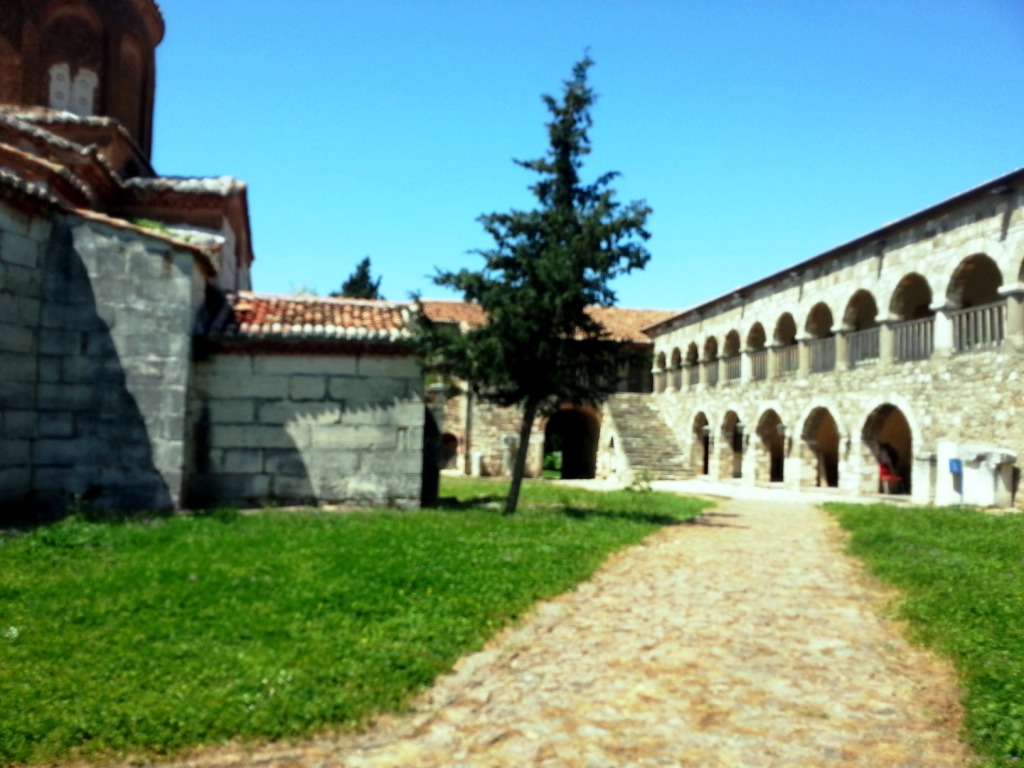