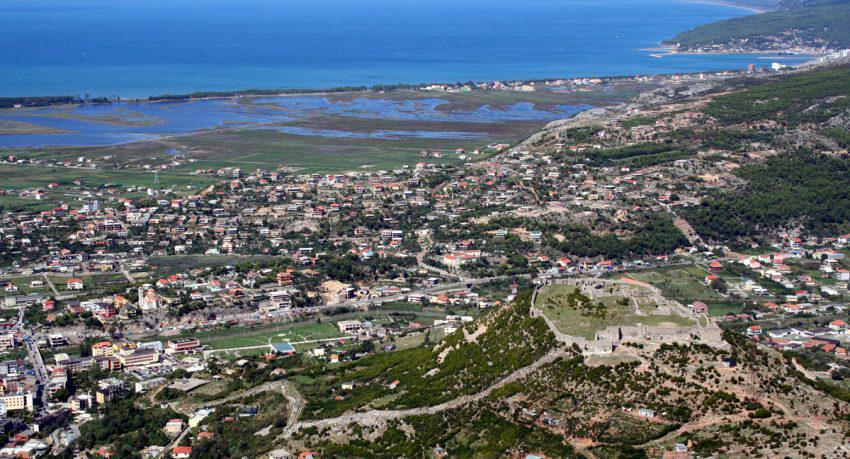 Alessio (in Albanian: Lezhë or Lezha, Turkish: Les) is an Albanian municipality, located in the north-west of Albania.


Alessio -Lezhë (Albanian: Lezha or Lezhë,) is a town and municipality in northwest Albania, in the county with the same name. In ancient history it was an ancient Greek colony named Lissus. The latter is an Archaeological Park of Albania.


The present municipality was formed at the 2015 local government reform by the merger of the former municipalities Balldren, Blinisht, Dajç, Kallmet, Kolsh, Lezhë, Shëngjin, Shënkoll, Ungrej and Zejmen, that became municipal units. The seat of the municipality is the town Lezhë.The total population is 65,633 (2011 census), in a total area of 509.10 square kilometres (197 square miles).
The city is located in the narrowest part of the Albanian coastal plain only 3 km from the Adriatic coast, about 50 km north of the capital Tirana and on the banks of a small secondary river of the Drin. To the west of the city lies the wetland of Kune-Vain with the Drin estuary. Just to the west of the city is the Kune-Vain-Tale nature reserve, which starts between Alessio and in the northwest port city of San Giovanni di Medua, is over ten kilometers along the Adriatic coast. Kune-Vain-Tale is a wetland characterized by numerous lagoons and marshes. 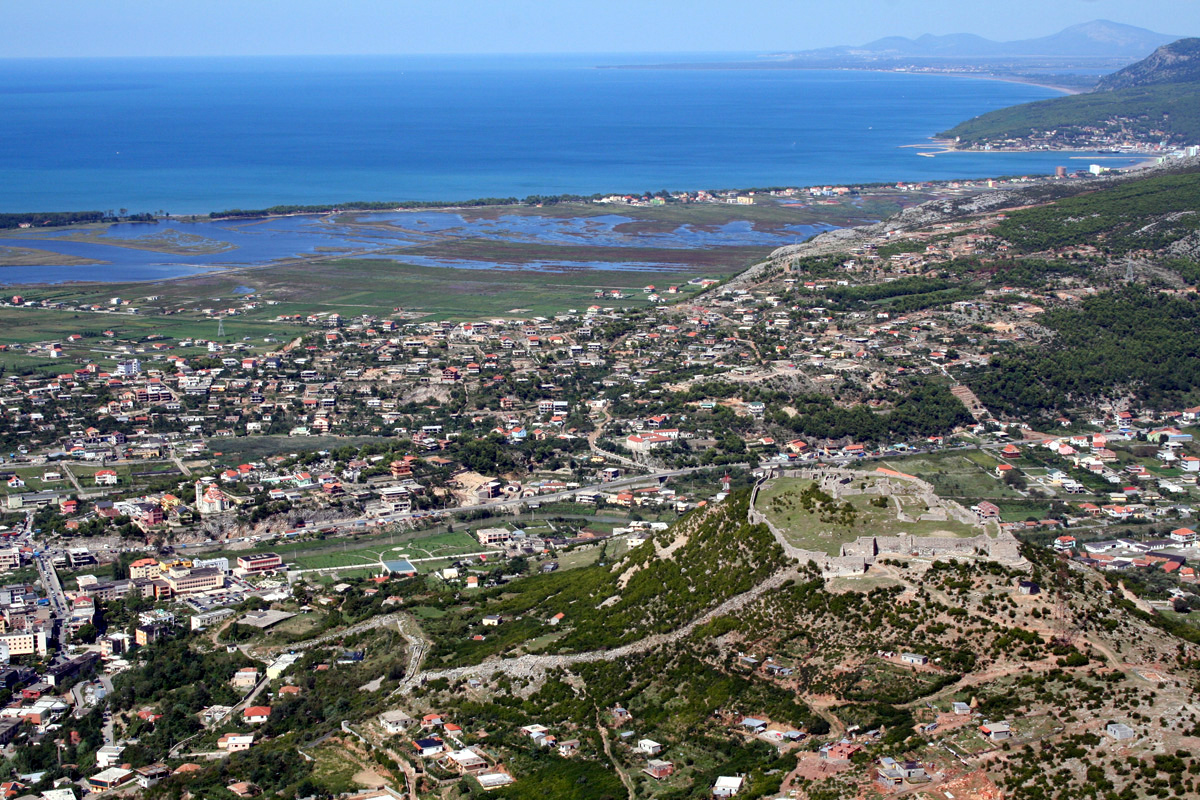 The city dates back to at least 8th century BC. Around 385 BC, a Greek colony was founded by Dionysius I of Syracuse by the name of Lissos, as part of a strategy by Dionysius to secure Syracusan trade routes along the Adriatic.Diodorus calls it a polis.
The city was separated into sectors by diateichisma  and there are elements of Syracusan architecture in part of its walls. At a later time it came under Illyrian rule. In 211 BC, Philip V of Macedon captured the citadel of Akrolissos, and Lissos surrendered to him.
The town was later recovered by the Illyrians. It was in Lissos that Perseus of Macedon negotiated an alliance against Rome with the Illyrian king Gentius, and it was from Lissos that Gentius organized his army against the Romans. Lissos maintained a large degree of municipal autonomy under both Macedonian and Illyrian rule, as evidenced by the coins minted there. The city was of some importance in the Roman Civil War, being taken by Marc Antony  and then remaining loyal to Caesar. In Roman times, the city was part of the province of Epirus Nova, its name Latinized as Lissus.From 2004 an excavation started around the ancient Acropolis of Lissos and the Skanderbeg Memorial, which revealed Hellenistic, Roman and Early Byzantine buildings, tombs and other findings.
In Middle Ages Lissus (then known as Alessio) frequently changed masters until the Venetians took possession of it in 1386. It still belonged to them when Skanderbeg died, but In 1478 it fell into the hands of Turks during the siege of Shkodra, with the exception of a short period (1501–1506) when it returned to Venetian domination. Because it was under the Venetian control, it was chosen in 1444 by Gjergj Kastriot Skenderbeu as a neutral place for the convention of Albanian, Serbian, Dalmatian and other lords of the area aiming at organizing their common defence against the Turks.According to other historians, Lezhë is considered as the site of the League of Lezhë where Skanderbeg united the Albanian princes in the fight against the Ottoman Empire.Skanderbeg was buried in the cathedral of Lezhë which was dedicated to Saint Nicholas and later used as Selimie Mosque.
Lezhë has also been known by the Italian form of its name, Alessio and in the 19th century as Alise, Lesch, Eschenderari, or Mrtav (Catholic Encyclopedia).
Today Lezhë is a growing city. Its proximity to the port of Shëngjin as well as its location on the national road between the Montenegrin border to the North and Tirana to the South makes it an attractive location for industry and business.
Majority of the people from Lezhë descend from the Zadrima, Mirdita and Malësia/Malësi e madhe regions of northwestern Albania. The people from Zadrima and Mirdita are native to Lezhë and the surrounding area. Whilst the Malësor clans from Malësia, such as Kelmendi, Shkreli, Kastrati etc., had settled Lezhë and surrounding areas around 100–300 years ago. In terms of religion, Lezha has a Catholic majority(70-80%) and a Muslim minority(30-20%).

Monuments and places of interest


The main monument of the city is the tomb of Skanderbeg, repeatedly looted is housed within the remains of a ruined church. The tomb consists of a simple stone slab with a sword and helmet (the originals are found in a museum in Vienna).
Remains of the Lezhe castle.
Near the church there are remains of Roman buildings.